I know there are some of you out there bring out the clubs to bash me up.. No not story time yet.. I really wish I could sit down and pen some of the tales I gleefully listened to on my rendezvous to the Southern Tip of India. But please accept my apologies when I declare they will have to wait a while. I am about to tell you why.
First I have an unruly son who has now been spoilt rotten by all the attention he got. He is BORED! Aah.. and I thought he did not know how to get bored. Gone is my timid son who would sit in his room for hours and play with his cars and other four/two/one wheeled toys. Now he wants mommy to play with him, or take him out to the park or switch on the TV. When he is not doing any of this he is yelling and running around the house.. often in some language I cant even understand at times.. and even if I did I cant begin to describe! (Pict Courtesy: www.louielouie.net)
I started writing a Nantu update.. its been a while since I last did after all? But what can I say, my son went to the land of freedom it seems like. And he has now learnt the law of survival of the fittest. Its amazing how different kids there behave. If you don't shove you never get your turn... If you don't yell you don't get heard... If you don't go after the bad guys with guns and knives (I am not kidding... at least they were pretend/ verbal ammunition) you don't get included in the game! Now I grew up in India.. but this is the first time I am observing this difference.. maybe the first time I am taking a close look at the kids!!
Oh well, you do know I am exaggerating don't you? Yes I am... the kids are also such angels who respond every time they are called. And who listen unquestioningly to their parents!! No "Why should I eat that?", "What if I do not?" or "I don't think so" like I get from my little imp! So now I have a cheeky brat who has the American Independence mingled with his already present stubborn streak not to mention the Indian rough edges! So now you know why I cant write the stories yet?
Actually there is more.. no this was not enough excitement for me, returning from a long vacation with a little imp and settling down to the life here. I needed more to keep me occupied

.. and I got just that. Oh yes we are moving again. You think that's enough fun? There is more.. we are moving in a week!! Yes I am not kidding.
So now I am getting everything organized.. and breaking out in cold sweat at least a dozen times every day!
The estimator from the moving company came here yesterday... He walked through my house and made elaborate notes and finally gave me an estimate of a fortune.. I am not shipping everything in gold am I? I am hoping it was just that moving company and not every one.. so I have another coming today.. and imagine how the lady who arrives today will gasp when I tell her I need everything out in 4 days? I am going to be dubbed "Crazy Woman" soon!
So why am I boring you with all these details? Oh just my way of spreading some joy.. you can all now be happy in the knowledge of how relaxed your life is!! So now I am moving East.. at least I am not moving countries as we considered doing but gave up in sheer despair of the complexity of the move!! I hope to do that soon though, after all I will soon exhaust every zip code in the US, then I will have to move to newer frontiers!!
at May 29, 2008 11 comments: Links to this post

Email ThisBlogThis!Share to TwitterShare to FacebookShare to Pinterest
Labels: Cheeky, Just for laughs

He walked in and looked around the room.. not a visible surface. Every surface was covered... piles of clothes books, shopping bags and toys all over the place. "What is this?" he asked. "Just the things we are taking back home with us" she answered.
A while later the piles had disappeared into the bursting at the seams suitcases now filling the room. Later that evening we rushed from store to store in search of a weighing machine.. To weigh and repack and weigh and repack till the final hour when we will have to leave after all. In the process many of the books I had assimilated had to be put back with the promise of "Next Time"... The Cheeky Monkey however was pretty sneaky and all his toys kept appearing back in the suitcases as we kept putting them out when his head was turned! Smart eh? As I unpacked I found that every single toy was accounted for while a couple of my things had gone missing!!!
Oh yes I am back home and back to routine. Except that 3:30 AM this morning saw me wide awake and restless and as I write this I am feeling groggy and disoriented. I have also been eating like a pig this past couple of days.. I do hope this is all just jet lag and I wont tire myself by cooking incessantly for my growling tummy! I do intend to loose all the extra weight I have gained after all.
I would love to blame the jet lag (which by the way I am experiencing for the first t

ime... I have made at least half a dozen trips back and forth and have never had these symptoms!!).. anyway, I was saying I would love to blame it on the geek or the imp.. But no, as they both love to remind me I am to blame. I was the one who inso-maniacally (spell mistake intentional) watched back-to-back Hindi movies on the flight. Well who is to blame for that? I never get enough time on the DVD player at home to catch all the meaningless never ending movies at home!! Anyway I was glad to get off the plane after the never ending flight back home. However, now I am nostalgic for India already.
And now I am back to both my obsessive compulsive disorder of straightening and cleaning all day, interspersed with the other addiction - blogging!!! Cheeky is back to his routine and has been begging to be taken to school.. Being typically male.. India is already in the past for him!! However, India has gotten in his blood and behavior.. more on that later!! I seem to have forgotten how to blog though.. so please bear with me as I re-acquaint myself with the blogging world..
(Pict Courtesy: Suma of Thinking Aloud, Airplane)
Before Signing off.. I have to leave you with this article.. A plane went missing in Bangalore Airport.. this is so hilarious.!!

My Dear dear blogger pals,
I am really touched by how so many of you have written to me asking for an update. I have been doing more visiting and have been out of town all this while. Meanwhile the computer has been fixed and I can visit and write blogs now (YIPEE!!). However, I am going to be busy for yet another week.. my last one in India. After that I sure will be back to active blogging.
Meanwhile just popped in to let you know that all is well. The heat is killing and Nantu fell sick a couple of times. But he is better now! He also had a lovely time with his 4 yr old cousin these past 10 days. It seemed like the two were glued together. I for my share got a lot of hugs and kisses and adulation from my darling niece and nephew!
There was a family function and hence a lovely get-together of the extended family which was good fun. We even had a Mehendi night (it was not a wedding, but who said Mehendi night are only for weddings?) and painted all our hands much to Nantu's amusement. For Nantu the amusement never ceased be it the paint on the floors (Kolam designs) or the palm tattoos (mehendi) and more feeding of cows and goats! This time he even fed a goat with his hand.. daringly. We for our share had endless rounds of card games (Its been years since I last played). Burnt our ears and toungues with more than decent share of gossip. Ate loads of rice, sweets and all kinds of delicacies. With the promise that once we are back home we will have to hit the gym! And the coming week I get to do an even more fun thing .. shopping.. I am already getting dreamy eyed for it. For all you bloggers I have brought back with me some very interesting village tales. Unfortunately I could not take pictures to support the tales like I wanted to. But soon you will see some of them making an appearance here in my blog.
Now I am off to savour my final week of vacation. I will be back after the break to torture you all with my blogs and comments. Till then Chao!!
at May 16, 2008 12 comments: Links to this post 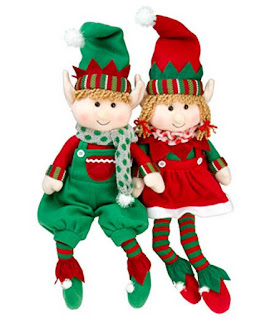